The History of Colours and Pigments

This article will be just a little insight into the history of colour and pigment mixing in art. For a in depth pigment explanation, we suggest you to visit this site: http://www.webexhibits.org/pigments/

Before getting started, let's make sure we know what is a pigment:

1. A substance that imparts black or white or a color to other materials especially.

2. A powdered substance that is mixed with a liquid in which it is relatively insoluble and used especially to impart color to coating materials (such as paints) or to inks, plastics, and rubber

Pigments are solid materials with a high tinting strength that are usually employed in powdered form. Nowadays, we can find both natural and synthetic pigments, so the range of colours available is almost endless. But what about the pigments used by ancient artists? 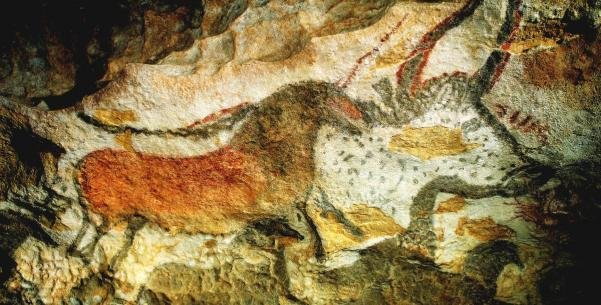 Since prehistoric times, natural mineral pigments have been used to fabricate colours and embellish the human body.

These natural pigments were mostly earthy tones taken from materials easy to find such as rocks, dirt, charcoal, clay, burnt bones and all kinds of minerals. Iron oxides, calcite and umber colours were the first pigments used by our ancestors, meaning they used white, reds, oranges, yellows, greens, browns and blacks (sometimes even purples).

It's a warm range of colours, isn't it? 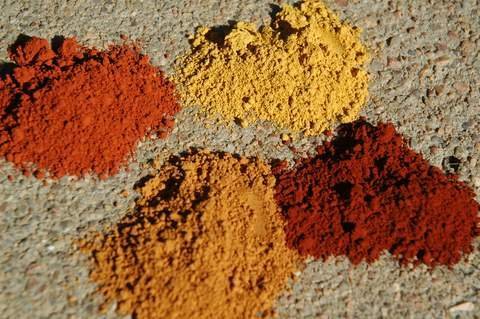 A binder is a vehicle used to hold pigments together when mixing paints. A lot of substances can work as a binder. Prehistoric men used mostly spit, animal fat, wax or resin to bound the pigments. 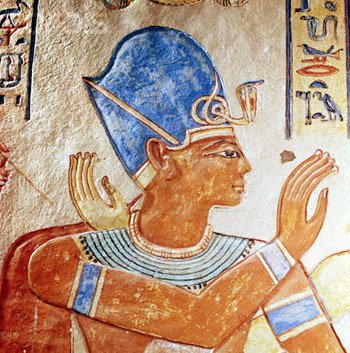 Egyptians not only used natural pigments to create their paints, but also created the first synthetic pigment ever seen. The oldest artificial pigment is known as Egyptian blue and it's the colour of Ramses III's crown in the picture above. This colour was made of copper and other substances and could be mixed as a darker or lighter blue depending on its composition. 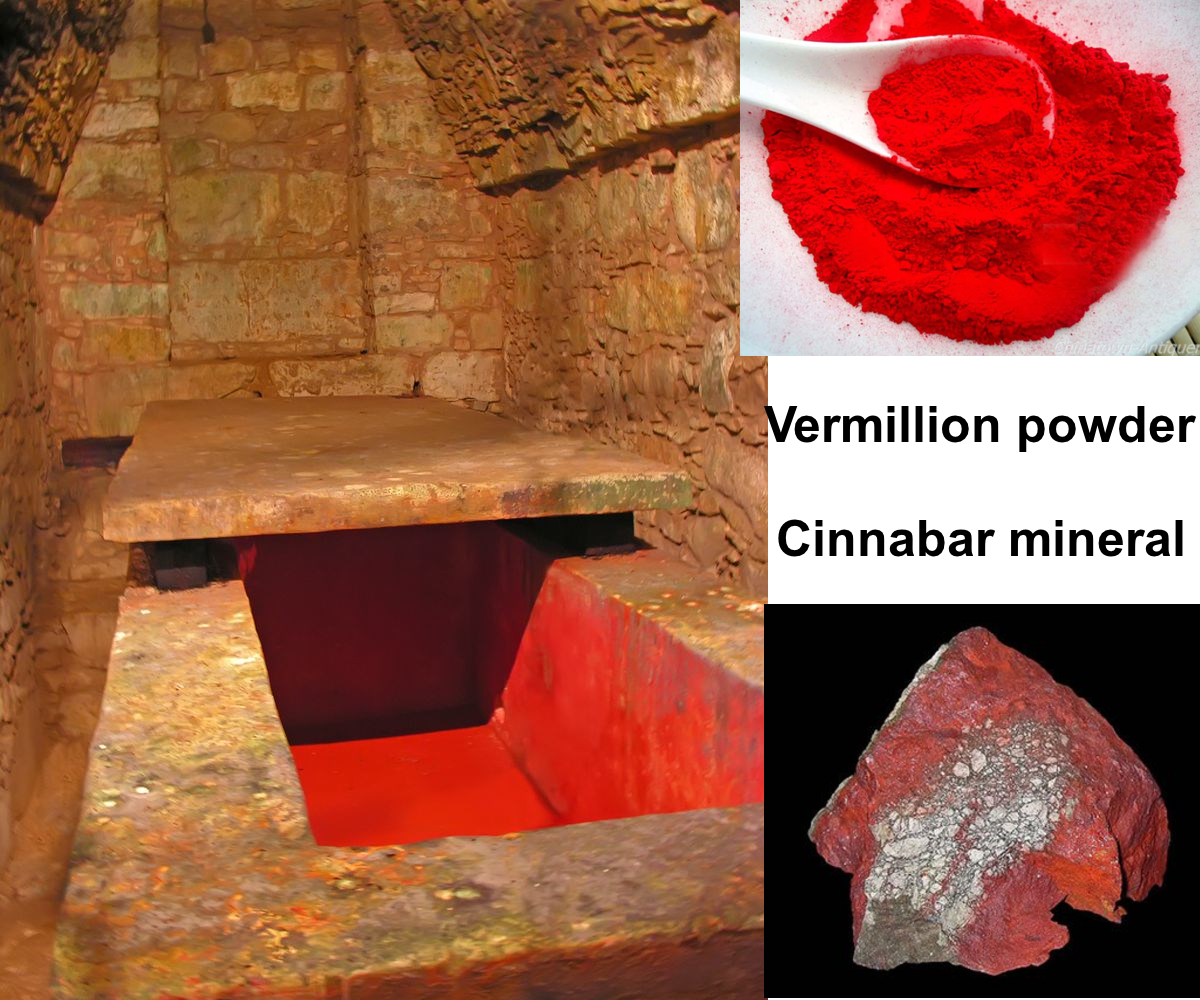 The Mayan Red Queen tomb at Palenque is covered by a layer of a bright warm red known as vermillion. This colour is made from cinnabar (HgS, mercury sulfide) and it's highly toxic. To make this colour, cinnabar solid mineral stones needed to be milled to obtain a brilliant red powder.

In the picture above, you can see the brilliance of this colour. 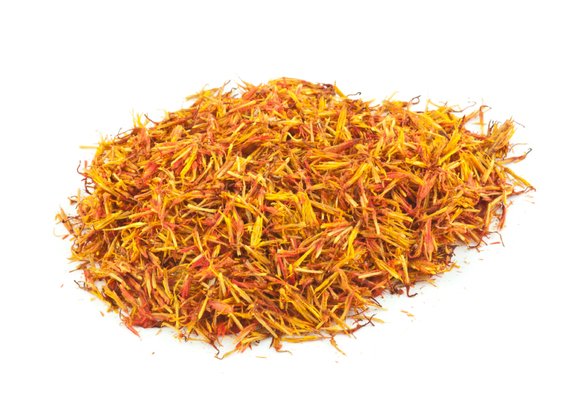 Antique civilizations discovered how to use biological pigments, dyes and tints extracted from flowers and animals. While Middle Eastern cultures and Minoans used the stigma of saffron flowers to produce intense warm yellow hues, the Paracas culture produced a carmine red dye made from a species of beetle that's known as cochineal red. Nowadays, it's still used in the cosmetic industry since it's not toxic, unlike vermillion. 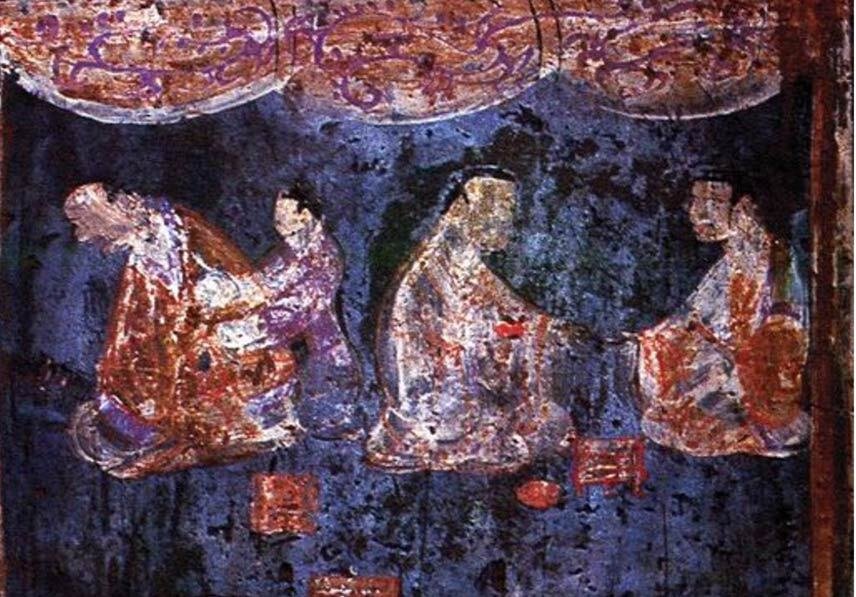 Han blue and Han purple were two synthetic pigments created in China.  These pigments were created 2,500 years ago and were used to paint and decorate the terracotta warriors. According to physicists, the pigment is a technological wonder that could not be reconstructed again until 1992!

Other interesting pigments were royal or imperial purple, a natural dye made from a marine snail and discovered by the Romans, an indigo dye that the Phoenicians also made from a species of marine snail and the Maya blue, a bright light turquoise colour that was created using both organic (indigo) and inorganic (palygorskite mineral) substances.

During the Middle Ages, most of the pigments we've already seen were still being used by artisans and crafters. After discovering America, new pigments and dyes arrived in Europe.

Cochineal red became very popular among painters in the 16th and 17th centuries. Artists like Rembrandt or Raffaello used this saturated bright red dye on top of more muted red paints to make them shinier. 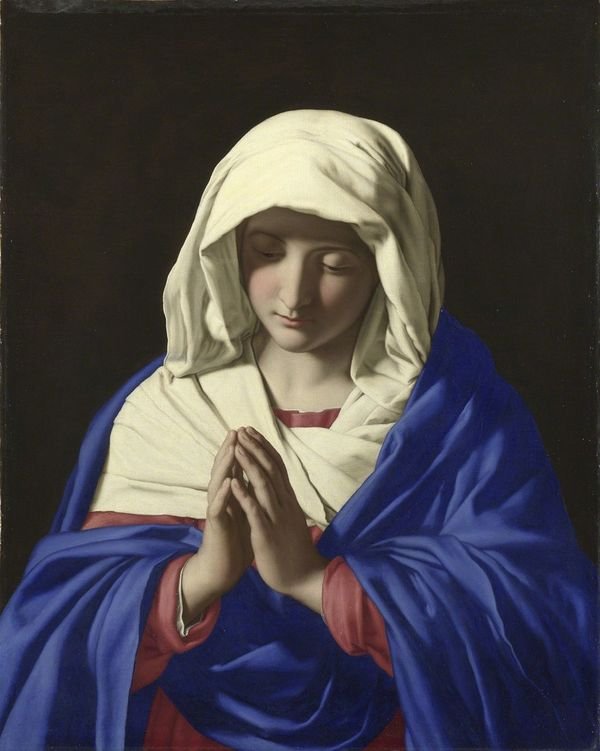 The Virgin in prayer, Sassoferrato.

Ultramarine blue, a colour that's still very popular, was originally made from the gemstone lapis lazuli and usually mixed with oily binders to create deep blue hues traditionally associated with the Virgin Mary. Its precious precedence made the pigment so expensive that in the 1950's, Yves Klein and a French art supplier decided to reproduce a synthetic version of this very expensive colour.

The new synthetic pigment is now known as French ultramarine (PB29) and can be purchased by anyone in any common art store!

In the course of the history of art, a lot of toxic pigments and dyes have been employed by artisans and artists. We already talked about some of them but there are more poisonous colours that have been recently banned such as Chrome yellow, which caused delirium and had to be discontinued for safety and replaced by a synthetic non toxic version. Another interesting unsafe pigment was Scheele's green, made with arsenic and banned in the 1960's because it could cause blindness, other serious health problems and even death. 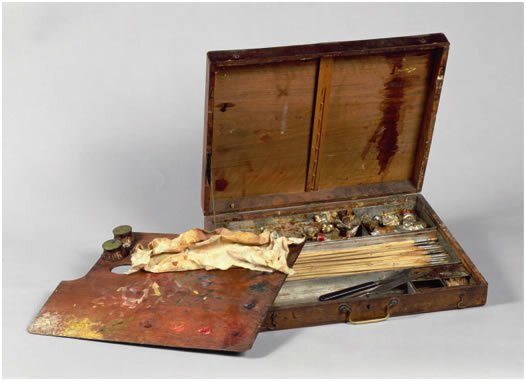 The 19th century was a period of drastic change for watercolorists and oil painters since new pigments, hues, techniques and art supplies appeared.

In 1841 the American oil painter John Rand invented the first paint tube which allowed artists to have pre-mixed colours in their palettes instead of mixing their own colours and made plein air oil painting much easier and comfortable.

Before Impressionism, artists had to mix pinkish reds like Magenta with warm blues such as Ultramarine blue to obtain their own affordable purples, due to purple dyes being very expensive. During this period, the very first cheap and already mixed violet colour appeared: it was the Manganese violet. It became a must in Impressionists' colour palette.

Since the 1900's, white paint was mixed using titanium and zinc, as a result of banning the toxic lead white artists had been using until 1978. The new whites were less bright and pure, but they were safe to use.

◾"A brief history of Color in Art": https://www.artsy.net/article/the-art-genome-project-a-brief-history-of-color-in-art/amp

◾"Indigo, vermillion and other ancient colors that have decorated the world for millenia": https://www.popsci.com/oldest-pigments-colors/